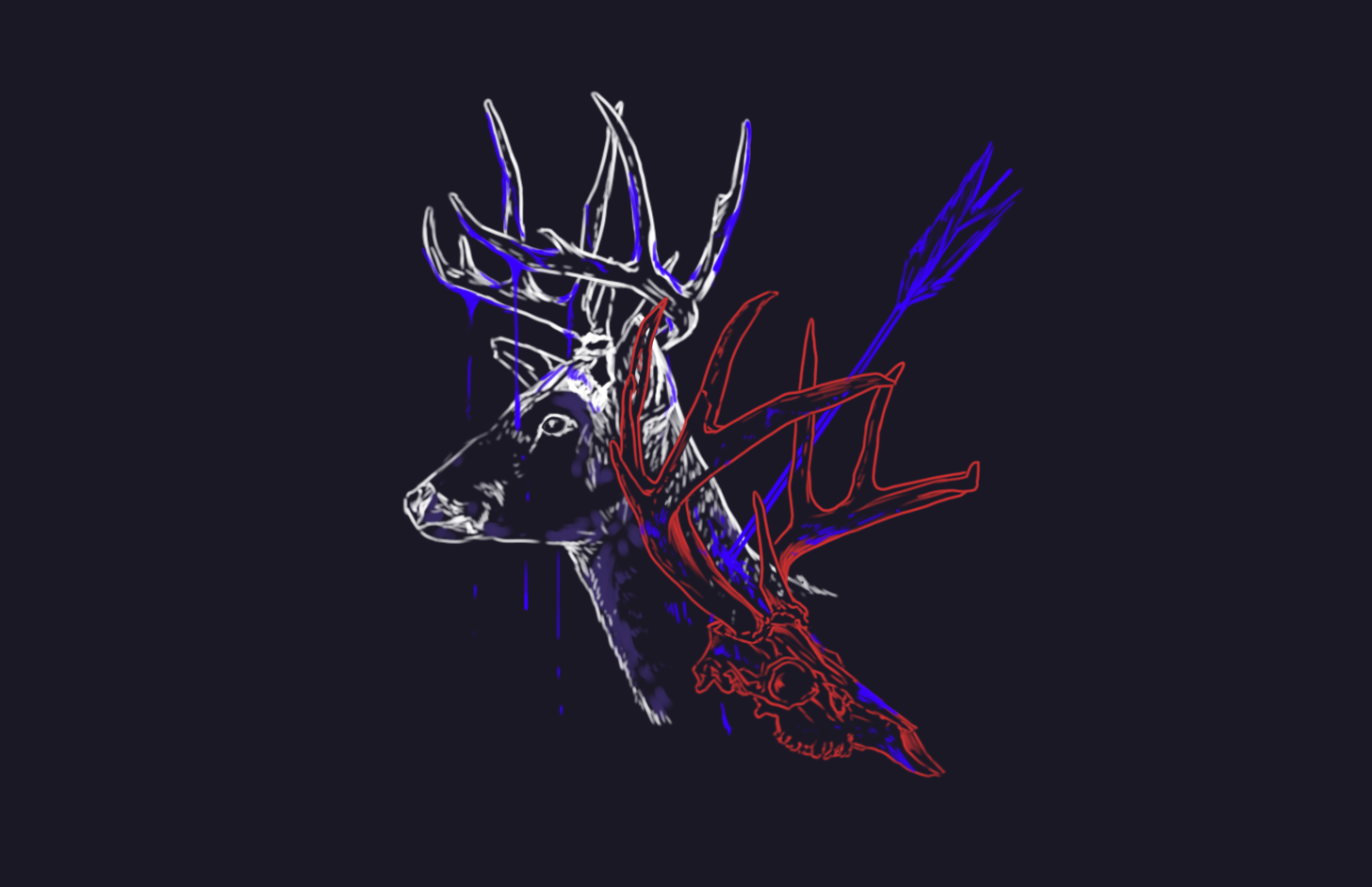 She came home late again. Her arms and neck wore blue and purple like cheap jewellery. I still remember how the floorboards echoed and groaned as she ambled past me. Night after night she came back home after the moon had peeked its head out from the clouds; night after night she came home with more blue and purple tattoos upon her neck. Everything felt so familiar, and yet was so unfamiliar. I desperately wanted to talk with her but I did not know how to. I envied those who got to spend time with their loved ones. I envied.

“What do you want? Do not bother me.” An intensely frigid voice shattered my courage to speak. Her cobalt eyes widened; she realised. “Damn it…”—her breath hitched at the back of her throat—“sorry, I’m tired. We should chat tomorrow.”

My lips parted, but no words came out. The time we had engaged in conversation in the past month did not amount to even half an hour. Like a limp deer, I trod quietly into my room—no, the room that my siblings and I shared. Despite the blanket I wrapped myself up in, I still felt a shiver crawl up my spine.

I hated my brown eyes; they reminded me of mud and bark. All three of us—my siblings and I—had different coloured eyes. I liked Elizabeth’s eyes—they reminded me of emeralds and trees. She once chased away a ghastly dog that was barking at me.

Although Lucas was supposed to be the “oldest brother” and “role model,” he acted like a wimp. The worn-down walls in the streets laughed at him when he walked by. But his eyes—like the clear skies, oceans, and sapphires—were beautiful, too.

The sound of wood bashing on the ground made me suddenly conscious. Sunlight dappled colourful spots on my eyelids. I looked around. Where were they? Dawdling around the corners, I spotted my siblings hiding under the tiny dining table in the corner of the living room. A bulky man held Mum by the neck and slapped her in the face. Two others just stood there. I felt my ribcage compress inside me while rage bloomed and twisted deep in my gut—a tiger, restless, prowling in a cage. But what could I do? With glares dark and hollow like a chasm, it seemed that those men could strangle you to death with their bare hands. They were probably “the uncles.” Words I had never heard of shot out of the man’s mouth. Staining her skin, scarlet splotches sprouted out of her.

Filth covered the lifeless pallor of the walls and broken toilet seats squatted in silence. A classmate—just another of the many who drowned me in relentless torment—hovered above me like a vicious mamba. “Strip.” Fear gripped my throat with its icy hands. The colourless classroom—petrifying, toxic, and muted—was suffocating. All eyes darted to me; dreadful thoughts circled above my head like vultures. Peace is unworkable; refusal and intensity exist not for nothing. Let me tell you: school is just an abyss of chaos and misery.

Screeching school bells were really the worst. I strolled past a towering building, covering my ears, and glimpsed something wrapped in cloth thrown off the rooftop. It splattered in front of me. With shivering hands, I lifted up the white cloth stained with large splotches of red, revealing a newly-dead newborn.

Two figures walked over—Lucas and Eli had finished the big kids’ school. When would I be able to be like them? I wanted to go to the big kids’ school, too. As I ambled past broken windows, I inquired aloud about the strange words that the old man had spat at Mother in the morning. As soon as the words flew out of my mouth, Eli and Lucas were not pleased. They warned me to never say those nasty words again.

Shadows lurked under the broad shoulders of pine trees and took the shapes of beasts under the faint moonlight. Tightly, I held Eli and Lucas’ hands. The bleakness of the wind pierced my nostrils—frigid gusts had a habit of biting my skin. Were we home yet? Glowing termites obscured the dark sky. Lightning shot, flashing, and thunder plummeted after it. Trees, which behaved like tattered verandas, blocked all aspects from the feeble moonlight.

The door creaked; Mum wobbled in through the door. With open arms, Eli helped her sit on a cranky chair. The table could not fit more than three, so I sat on the floor.

Obviously I would have felt bad if I’d just taken it like that. “Nah, I’m fine.”

A thought swiftly drifted across my mind: why were our eye colours different? Clearly my dumb eight-year-old self did not know crap. Eli was four years older than me and Lucas, nine. I thought at least they would be smart enough to stop me from asking. Who in the world could have blamed me for my opaque innocence?

“Mum, why is my eye colour dirty?” Air thickened around our house; deafening silence drained the life from the room. Eli’s and Lucas’ eyes darted at me like those of eagles. I ignored my siblings’ glares, blabbering on. “Why isn’t it green like Eli’s? Or blue like Lucas’?”

Let’s just say: that night, things did not end pretty.

What should a childhood be like? I think I would never have known.

“Hurry up, the train will not wait for you.” Within the bounds of my memory, this was the first time she had ever held my hand. It was the first time I had felt warmth. Footprints were left in the shredded ice and the breeze nipped my red cheeks as Mum dragged me along the path.

The whistle of the train made me uneasy. Feeling a balloon expanding inside my chest, the air grew thicker around me. My hazel eyes wandered around and caught a glimpse of the three tickets in Lucas’ hand. Voices that could not be heard were strangling me again.

Mum—that is what I wanted to cry out, but no word slipped out of my mouth, for my lips had been sewn shut by iron thread; my voice, left six feet deep in the dirt. I did not cry. It was useless. A brown butterfly with ripped wings. My numbing cheeks felt senseless, for the wind—a tenacious whip—lashed at them incessantly as the grey clouds weaved behind me. What was her expression when we were taken away by the train, further and further away from her? Was she relieved?—glad?—upset?

What was her expression like? I will never know.

Written by Vanessa Li and edited by Josephine Sim. Published on 05/08/2021. Header image by Maggie Chen.

This site uses Akismet to reduce spam. Learn how your comment data is processed.