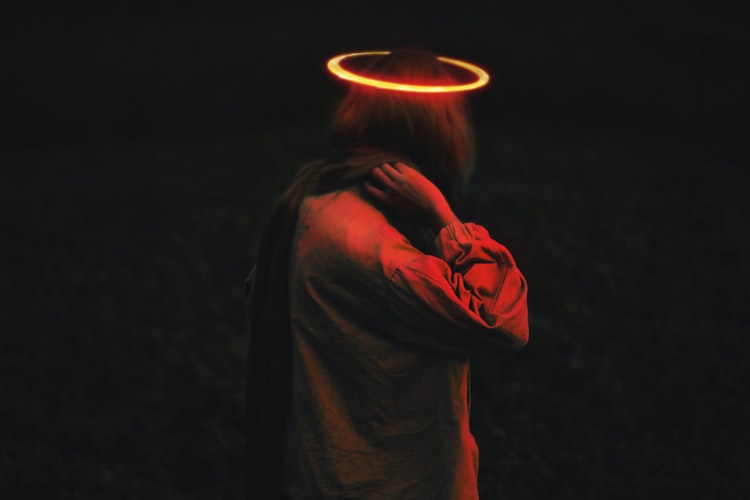 I was completely and utterly wrong.

So wrong that I would admit it willingly to the heavens above; to the dull stars that frowned down upon my helpless and torn figure. I would scream it until my throat became dry, until my voice was hoarse and my tongue bitter. About how stupid and careless and foolish I was – I am.

If only I knew how to change.

Distinct sounds of glass shattering seemed to impale my ears, replaying again and again as I stumbled drunkenly across the deserted road. My hands shook uncontrollably, the bottle dangling from my left hand somehow still intact, tears streaking my face with regret and blurring everything before me. Overhanging street lights loomed in and out of sight, mere smudges of white amidst the darkness. Blood pulsed in my ears, drowning out the thorough silence.

“Avery,” I croaked, bringing the bottle to my lips for another aimless swig, oblivious to the distinctly-smelling liquid gushing down my chin. “Avery, please come back.”

I cradled the bottle to my chest, which heaved with dry, racking sobs that whipped against my ribs and dizzied me with pain.

“I love you – I – I always will,” I moaned on, unwilling to care how increasingly loud I was becoming. My voice rang out into the emptiness of the forlorn road. No one peered out of their homes to catch a glance at the crazed man barely managing to cross the street, no one was even around to steer clear of me as I staggered haphazardly towards nowhere at all. Of course, I preferred that it was this way.

Letting out a pathetic hiccup, I felt the agonising waves of torment finally thrust me to my knees. The cold prickled at my skin; my cheeks flushed with intoxication. Again, I downed another draft, the unmistakable stench now embedded in my clothes, my skin, my hair. No tears came now. I had lost track of time as I cried myself senseless, for what seemed like hours and days and centuries on end.

I silently applauded humans for inventing such an ingenious remedy for broken hearts. My immortal self would’ve sniggered at the very prospect of wasting away, weeping, and yet here I was, as exposed as ever. I felt as though my very skin had been scraped away to reveal lurid scars, my facade ripped away like a mere curtain before an audience that would laugh and jeer at my humiliating, naked self.

Those were the exact words I screamed into the still night, nails digging into my palms as I tilted my head up towards the frowning stars, bawling invisible tears.

“Wow, Cassiel, I haven’t seen you throw a fit like this since Darion took away your right to meddle with human relationships,” said an obnoxious voice. “And now you’re in one – well, just got out of one, I should say.”

A smug laugh sounded through the night air, sobering my addled mind.

Avoiding the person’s eyes, I hauled myself to my feet, trying desperately to look as though having a good cry in the middle of a stranded street – and yelling noisily at no one in particular – were a perfectly normal way to start my night routine.

I guessed that the reddened cheeks, worn eyes and the fact that I fell right back down to my knees again gave quite a lot away.

“What a bloody mess.”

I sighed, giving up entirely and allowing myself to flop cross-legged onto the concrete.

“What do you want, Adrian?” I muttered, surprisingly clear despite my scratchy throat. I stared stubbornly at the ground, my fingers beginning to play with the threads of my frayed jean cuffs.

“Well, first off, let’s start with the fact that my very own brother is crying his eyes out in the middle of nowhere with his pathetic little heart in pieces and his brain just as small as ever.”

Rolling my eyes, I looked up at my younger brother smirking down at me.

“I’m not crying that much,” I grumbled, resisting the impulse to whine. Adrian sneered ever-so-slightly, mimicking my eye roll.

I was startled at how much he had grown to resemble me in the past few months that I had been away (not exactly the full truth, but the details are sensitive). His jaw seemed more chiselled, his eyes more strikingly blue, skin thoroughly bronzer, and he had gotten drastically taller – I marvelled at this as he pulled me up off the ground, harsh and careless as he always was.

Eyeing me with a look of barely-concealed disgust, Adrian yanked the bottle of alcohol out of my grasp. “However entertaining it was to watch you stumble around on human territory, Darion insisted that I stop – ”, he gestured at me with a snicker, “ – all this.”

A subtle headache had begun to throb with increasing intensity above my nose. I closed my eyes against the slow throb and let out an irritated huff.

“Adrian, I’m going to kindly tell you to piss off,” I warned, turning around to face the sombre street again.

“Oh really?” called Adrian, after I had escaped several feet away from his infuriating attitude. “I thought maybe you would want to come back home, or am I wrong?”

A groan of exasperation left my lips. I stood hunched under a looming streetlight, eyes fixated on the motionless shadow cast by the illumination.

“I don’t want to go back,” I muttered, tilting my head to the right, continuing to watch my shadow as newfound and unexpected tears tainted my version.

‘I said I don’t want to go back home, alright?” I repeated, with a savage brashness even as the lump in my throat began to swell, the frustration punctuating my words.

I couldn’t let him know.

I couldn’t let him know that I knew I didn’t deserve it.

That I knew I didn’t deserve to go back.

A raucous scoff sounded through the night air. “So now you don’t want to come, huh? After five months of pleading and begging on your scrawny knees to be sent back up home, you say no?”

“Is this seriously about that Ava girl?”

My hands curled into slight fists. The ache in my head hadn’t at all subsided.

“Her name is Avery,” I replied through gritted teeth.