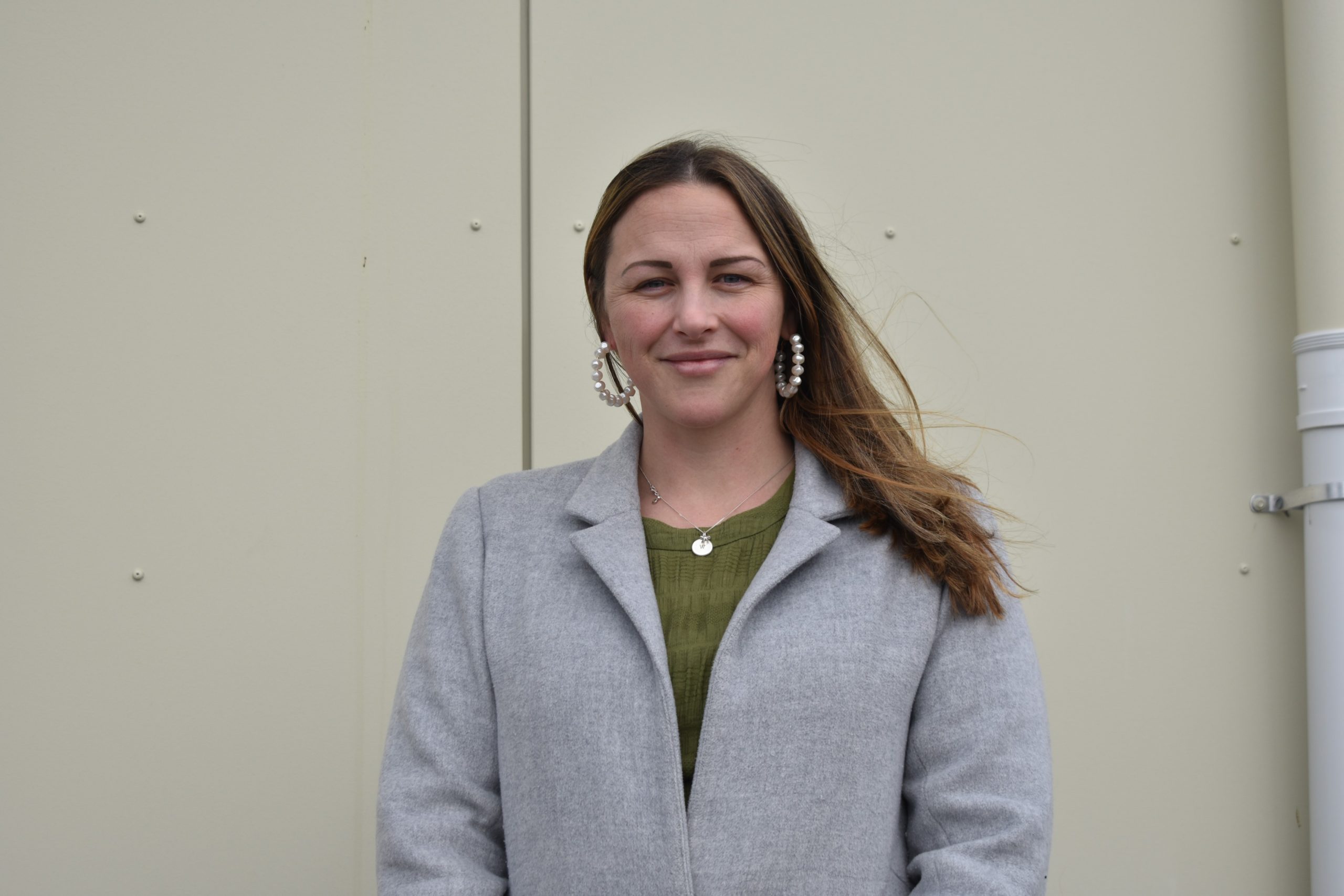 InterviewNews
Interview with House Leader Mrs. Glass: The Pillar of Upham
Looking through Mrs. Glass’ lens on the purpose of life, balancing the roles of teacher and house leader, and the path to growth and personal wellbeing.
November 21, 2020

Filled with big ideas and asserted with a profound passion for teaching, Mrs. Glass offers her perspective on demonstrating humanity as an authority figure.

So, first question; how has becoming a teacher shaped you in a positive way?

I think before I was a teacher, I didn’t go straight from university into teaching, and I did a couple of undergraduate degrees, and I studied industrial design, and history, and media studies. I had a few jobs I hated, which taught me so much about what I didn’t want to do. When I started teaching from my first practicum—at university, and you get to come into school as a student teacher—it just washed over me that this is it. I’d never really felt that before; I’d been kind of an average university student. I just thought, “I found it.”

I think what comes along with it is so rewarding. You’re warned about becoming a teacher, maybe, not having a great salary, But you get something else from it that is not monetary, and I’ve had jobs where I would stare at the clock and think, “Man, I just can’t wait for it to be 5 o’clock. I’m going to take my lunch late today, because when I finish lunch I want to only have 2 hours left till I can go home.” It is the exact opposite here—I’m praying for time to slow down, because I have so much I want to do and cover and it’s never boring. I guess what it’s taught me is a bit about purpose and how important it is. Having that purpose and loving what you do—I wish for everyone to find that. I’m really glad I didn’t have a set idea about what I ‘should’ do.

When did you find that purpose?

I asked my Social Studies class last year—and we were looking at abortion law, since there was reform last year—“Is there anyone who feels they can share when they think life starts?” and a student put their hand up and said, “I think when you leave high school.” They missed my point, but I just thought, “That’s it. He doesn’t realise that this is his life. His real life, now.” This idea that you’re waiting for something…

All of those things are important—you need backup plans, you need things to fall back on. I’m not just talking about throwing caution to the wind, spending all your money, not studying—I’m talking about just the philosophical shift for some of us to say, “Let’s just keep an open mind. Maybe I’ll do exactly what I wanted to do. Maybe I’ll become a doctor and I will love it.” That’s totally possible. But if you don’t love it, just keep in your head that it’s not the only thing. Even if you get there…

So you also teach at Macleans as well as being house leader. What do you enjoy about both roles, and which do you tend to enjoy more?

I love the balance of having both. When you’ve got your non-contact periods, when you’re not teaching, it’s busy—really busy in an unpredictable kind of way. In the classroom, it’s more predictable, it’s organised. There’s a start, a middle, an end, and it is really purposeful and you know you’ve got an outcome for that hour. There’s a bit of an escapism from the kind of busyness of emails. And what is in the classroom? It’s about learning. It’s about me helping them to learn something, to facilitate them to figure something out, to put two and two together—not literally, because I’m teaching Social Studies! But to unpack big ideas. So that’s really exciting.

And on the other side of it, on the house leader role is helping people find their feet, if they’ve taken a fall. Being there to be a bit of rock, especially for our students who maybe have a somewhat tumultuous home life. I’ve seen teachers with students coming back years after to visit, and having that memory of how important a pillar they were for them. Seeing that same person every day.

Someone said to me—early on, it might have been when I was a trainee teacher—that it doesn’t matter too much if you’re someone who’s always very serious and stern, or you’re someone who’s more light and easygoing, but don’t change from one to the other. Because that is very unnerving for young people, and I think being consistent and fair—that pillar or rock for them—I feel like I can be that for some of our young people. It makes you feel very purposeful.

What was school like for you growing up, and how does Macleans compare to the school environment you were brought up in?

I went to a single sex school, which was an all girls school. Demographically, ethnically, really different—my high school was in Palmerston North. I had some really fantastic teachers, but we certainly didn’t have the physical structure of houses and all of that kind of thing. Literally, or kind of figuratively, we didn’t have the same structures of support. I loved school, and I was a pretty happy student, and I was the first year of NCEA and I got fine marks, and I went through. I wasn’t really motivated to academically excel, I kind of just got by and enjoyed myself. But I do sometimes wish that I’d been pushed a bit more to take on a few more things that were challenges for me.

I played football; I was happy to be in the 2nd XI. I think one of the things that makes Macleans special is the impossibility of anonymity. It’s really hard to be just a number here. I think probably my experience was a little bit more anonymous.

The long term impact of some of the decisions we make can be so important. It might be the party you didn’t go to, the person you didn’t meet, who you didn’t end up spending your whole life with. It might be the class you didn’t go to with your friend, that one day, because they were studying Marketing and you were like, “What’s that like?” It is, and those little things. I think of them like small catalysts. The things that kind of spark, or start something. Give life to an idea that maybe lingered, but you didn’t know it. And if you’re a bit stuck, to know that little changes could totally change your life, little things that you do, is kind of a nice feeling to have too.

You’re clearly very invested in your students’ wellbeing and in supporting them. What quote do you think students at Macleans specifically need to hear right now and why?

We were talking about my experience at high school. I transgressed against some of the uniform rules at some point in life by wearing a non-sanctioned badge. And it was a green badge with white writing on it, and it was a quote from Eleanor Roosevelt, and it said, “No one can make you feel inferior without your permission.” And I think that is a really powerful way of thinking—you have so much control over your own reaction, good, bad, or otherwise. Whether you give it power, whether you respond aggressively.

My grandmother said to me, before I got married, that it’s nice to have a spouse or person you can rely on, but ultimately the person you spend the rest of your life with is yourself. And you have to get good with change and with yourself. And your teenage years are a hard time, because what is “self” changes constantly. If you can get good with yourself and who you ultimately end up being, I think that’s something to really invest in, to spend time on.

Someone told me that when you get older you get more so of whatever you are. More so generous, more so closed-minded, more so arrogant. So I’m thinking like, let me practice actions that are kind, and generous. I don’t think you ever regret showing kindness and empathy.

But you can regret snapping. We all do it. If you do it, go and apologise. I’ve apologised to students when I’ve maybe overreacted or misunderstood something that’s happened. And at the time I thought I’ve done the right thing, and on reflection maybe I figured out that I didn’t or there was a different way of handling it. I thought, you know, I want to set a good example, I want them to apologise when they’re wrong, and admit it, and so I need to do that.

I think you question the authority less of someone who shows humanity. I’m not talking about someone who is flighty or doesn’t follow through with consequences, but someone who will hear you. And maybe they won’t agree, maybe the consequence will still be there, but I think you guys all want to be heard. You want a voice, and you should have one, and you should use it, and you need to be empowered to do that. And the humanity, the people—this is otherwise a bunch of buildings and some empty machine!

Interview conducted by Olivia Lee and Annika Lee. Transcript published on 21/11/2020, with minor edits to improve concision and clarity. Header image supplied by The Collegian.