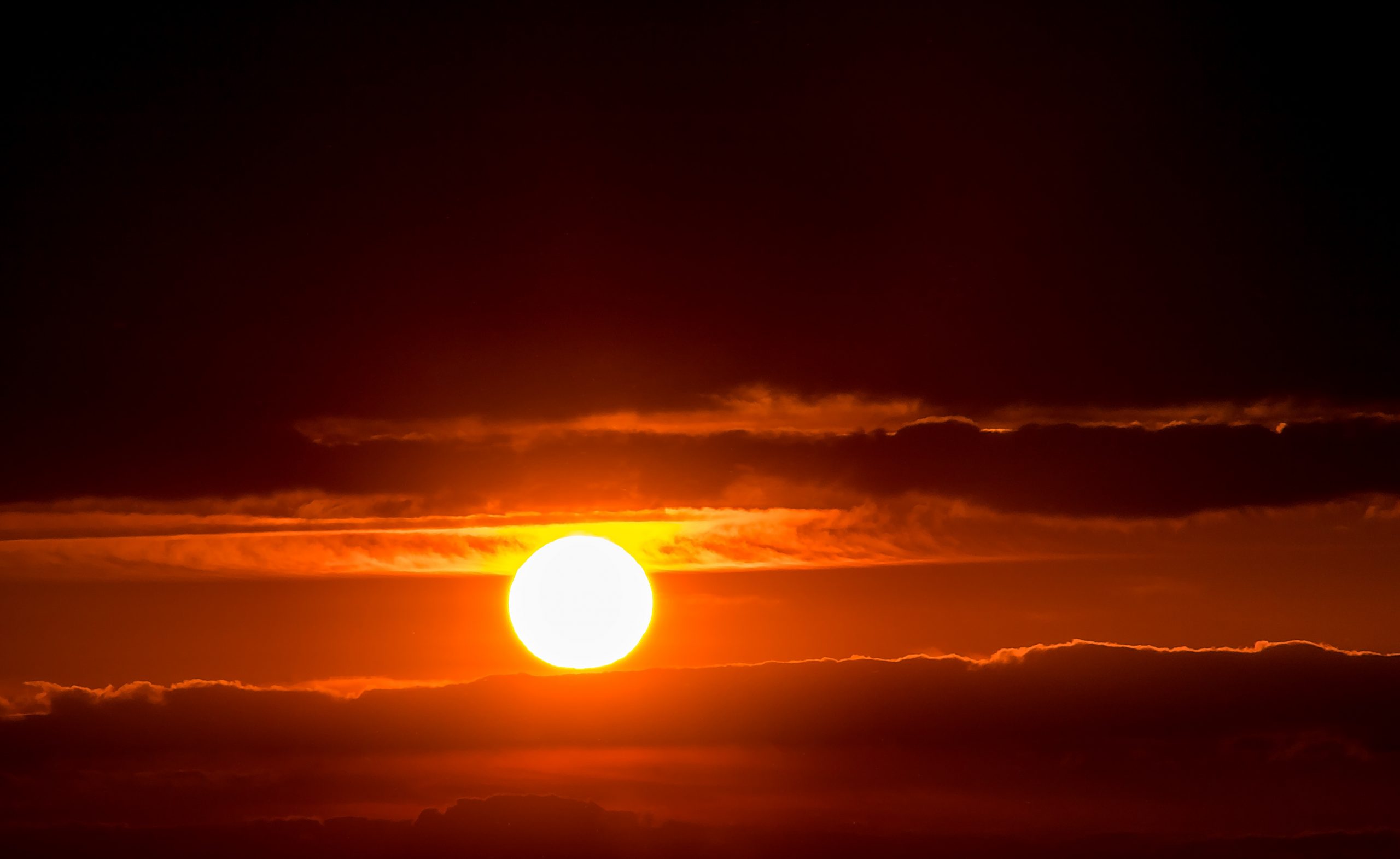 Alone. Atop the soaring spire of rock, the tattered cloth rifles in the cold, misty wind, starkly defying the rain-faded oranges, reds, and purples of the Mesa.

The evening’s bright, but the sun’s already set.

A wildfire of passionate sorrows and furious agony; crippled breaths, faint pulse, numb lethargy, and the scarcity of vision kindle the flames. The mind’s alight, no shadow can hide; the building fire becomes a blossoming immolate of growing fears and gathering tears. Eyes gently close with a ragged exhale. The fires dim with the serenity of distance; white noise against the breathless moment. The air seems still with a timeless magic: static frames of sunlit rain, the muted embrace of cold canyon winds, a lasting impression of desert colour, and the unsettling warmth of the un-setting sun.

Faraway crackles continue to sound with each rekindling of bright orange light, seeping through closed eyes; burning their intense reds, oranges and yellows into his vision. The drums of war.

Eyes open with explosive pressure—glowing sparks and the whole new flame starts. Now it’s the dancing embers and fitful gusts—wisps of sand and vortices of dust. Now it’s dripping water and the flowing river, whispering ghosts and resting shadows. Now it’s the pain of truth—dreams forgone; feel it? The vivid touch of the stoney floor; the incessant agony and crushing gravity. Now, it’s life’s terrible rhythm. Sit back, let it settle in.

The growing legion of now-rising suns peeks over the horizon, creeping forward in tune with the beating drums. Distant clouds, laced in fire, disaster in their wake: the ground shakes with a cacophony of thunder.

A terrible wound; too deep to heal, so the fires come to purify—to cleanse. To cauterise.

It’s off: the dancing embers and fitful gusts and the wisps of sand and the vortices of dust. They’re wrong: the dripping water and the flowing river and the whispering ghosts and the resting shadows. It’s all wrong. The way truth turns to pain and normalcy becomes an insult.

Thoughts hold tears and tears hold pain; each sting on his bloodied cheeks, each shaking sob through his broken body. They attack in light-headed slurs of horrible emotion—sourced in the little things; his brother’s face, his mother’s embrace, terrifying visions of his own demise, or the way his arm wouldn’t move because it wasn’t there. It’s his life’s terrible rhythm; widened eyes and whimpers of despair, suddenly limp in hopeless submission to the world’s vile melody… a far-gone hope, and the new verse begins.

Its rhythm marked by the unsteady metronome of heavy feet and cracking gunfire, far-off screams and belated war cries. These men and women who fight to fight, and die to die: not many are under any illusion. No matter who they are, where they come from, or what they feel, they are all the same. Lives entangled in the threads of eternal war—now ending—just shadows against the blazing might, left to surrender to the rising light.

A faint glow on the horizon erupts into a beacon, shining proud. What little fighting is still happening stops with the earth-shattering explosion. Those near him moan helplessly for loved ones or sit in shocked silence. Some close their eyes in preparation, others take their chance to dive into the fissure below, refusing to die without their say in it. Another sun dares to rise and before long, sound is just another foolish myth.

He shifts, he shakes, he whimpers. Another tear stings, another breath wheezes, another gust whispers through the canyon. It’s immense gravity and crippling atrophy, unbearable pain and a fading consciousness. He stands, weak and stumbling, murmuring and weeping.

He looks up, barely sees the black pinprick race through the deep blue above before it’s consumed in a pulse of blinding light. Terrible shadows reach from all the light touches—last for a moment before all that’s left is fire. An unstoppable avalanche of earth-become-liquid cascades through the canyon walls as if they were paper thin; the shockwave wracks through his broken body—shatters his eardrums, rattles his brains.  He doesn’t feel pain when bone and blood become dust and steam.