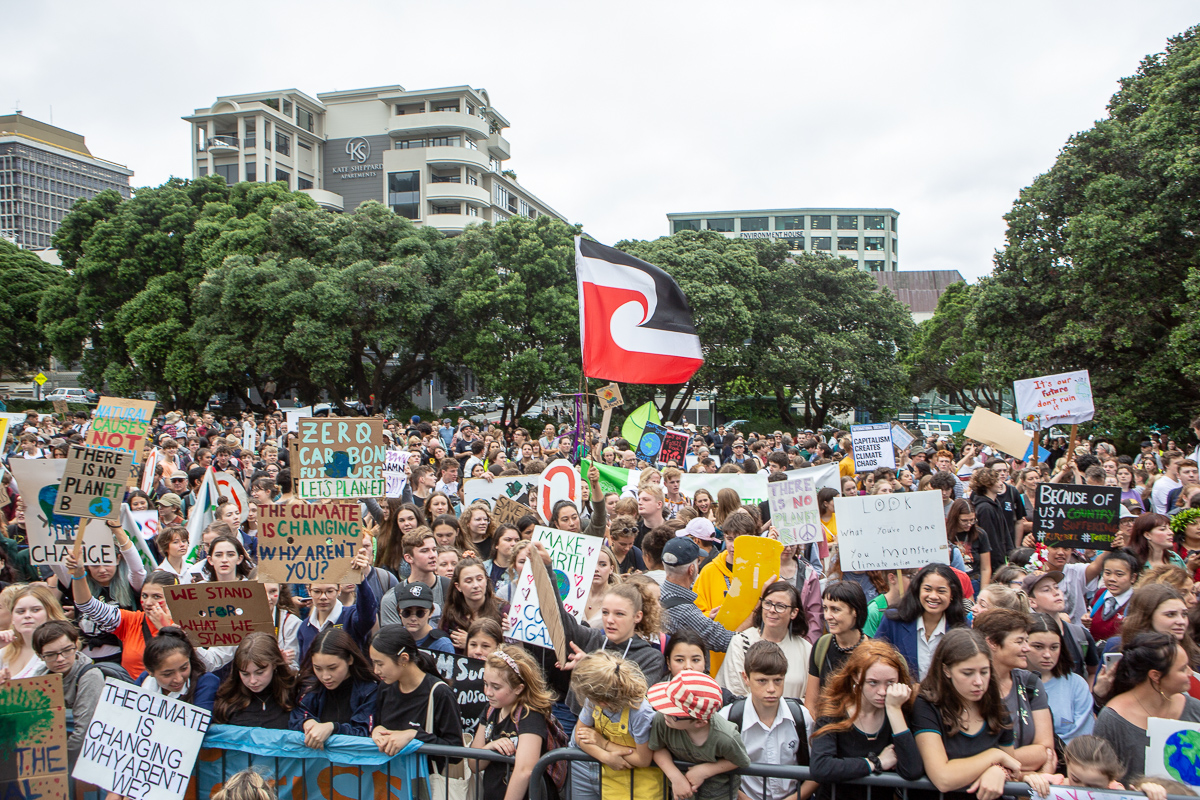 In early March, a strike was held by students from all around New Zealand as an attempt to raise awareness against the lack of action to resolve the issue of climate change. Approximately 40 organised protests throughout New Zealand saw tens of thousands of students from primary to tertiary schooling come together as a call to the Government, demanding more urgent action toward the escalating issue of global warming.

In Auckland alone, Queen Street was paraded and blocked off, the chanting and raising of signs made it the largest ever strike of its kind in the country. The effect of the strike had the desired effect of reaching the Prime Minister, as well as having gained traction across media outlets and social media platforms alike, catapulting the issue into a more widespread passive audience, seeing the sparking of debate and discussion that forced us New Zealanders to start paying attention now.

But that was the March the 15th.

It’s now been over four months, and Queen Street continues to crawl on as normal. School attendance has returned to a regular. Signs are long discarded at the bottom of the recycling bin. We’ve returned, more or less, to their previous day to day lives.

See, it was easy to say something marching through the busiest street in Auckland, a message thrust to the open sky and your voice matching hundreds of others in unity. It was easy to pay attention as you watched photos, videos and messages spreading like wildfire on your Instagram timeline. Easy to feel like you were doing something, changing something. But change doesn’t happen in a day, nor in a single protest. Where protest is loud, injustice is louder and change is quiet. We can’t take climate change on as our responsibility to fight for when we only do so once a year. We certainly can’t take climate change as our responsibility if it’s everybody’s fault, excluding ours. I urge you; don’t let the protest lose its spark. Be the change you want to see.

Usually, this is where I tell you to start small – to bring climate change action into your 3 am late essay writing by keeping the power switched off, or by substituting those half-hour showers for two five minute ones. This is where you would hear the call to action, the message to start the fight from your day to day. Where you would naturally switch off and disregard the extra effort.

But you already know that by engaging in the extra 10 minute alternative journey to school by walking or taking the bus will limit those car emissions that choke the earth, and you’ve been told over and over to be more aware of products that contain palm oil, brands that add to the emission of mass amounts of CO2, or products that are packaged in single-use plastic that goes straight to either the ocean, or a mass landfill. In reality, we have every bit of information and access to tools that we need to save our Earth, but still the problem increases.

The years of discarding the small actions has made them inefficient – these small steps that have been drilled into us from Primary school, just aren’t enough anymore. Not if we weren’t committed to hearing them nor carrying them out back then. Not if we still aren’t, even now. Since that indifference, the issue of climate change has only gotten worse, only gotten bigger.

Except, what else can we do? The Climate change crisis seems to taunt our inaction and action, looming at the edge of everything we do. But it seems the only thing worse than acting with drawn out hope toward an inevitably unaffected outcome, is doing nothing at all.

Nobody can promise small actions will save the ice caps or the dangerous sea levels, but neither can anyone promise that nothing will change out of those actions, either. That uncertainty is what makes it so crucial. Despite everything telling you not to – do the small things. Do the big things. Turn out the lights, go to protests – let yourself fall into the pretense of a hopeful outcome for our Earth, and allow that to make a change. There’s no harm in picking up these habits now, when it’s even more crucial to do something – anything – to slow down this increasingly current issue. Because you never know – maybe something might just change.

Either that, or we reach civilisation on Mars first.

So – instead of allowing life to return to normal and the momentum of the strike to be left behind in a distant memory, you can start implementing the same amount of change sparked from the masses of protests today.

Alongside the synchronised chanting and Queen Street marching, you can start with the small, allowing yourself to accumulate and practice habits with the goal of significantly decreasing your carbon footprint. Because if you really want to see change, start living it. Not just when an event is planned, or when everybody else on social media starts talking about it again, but all the time.

Be the change you preach and seek, and do your bit in saving a future that is in serious risk by our individual current day living. Be the change, even when the change seems impossible. Even when it seems to be too late. Because that’s what hope is. And in the next strike, we can yell even louder.

Learn more and read about the ways you can reduce your impact on the advancing of climate increase: