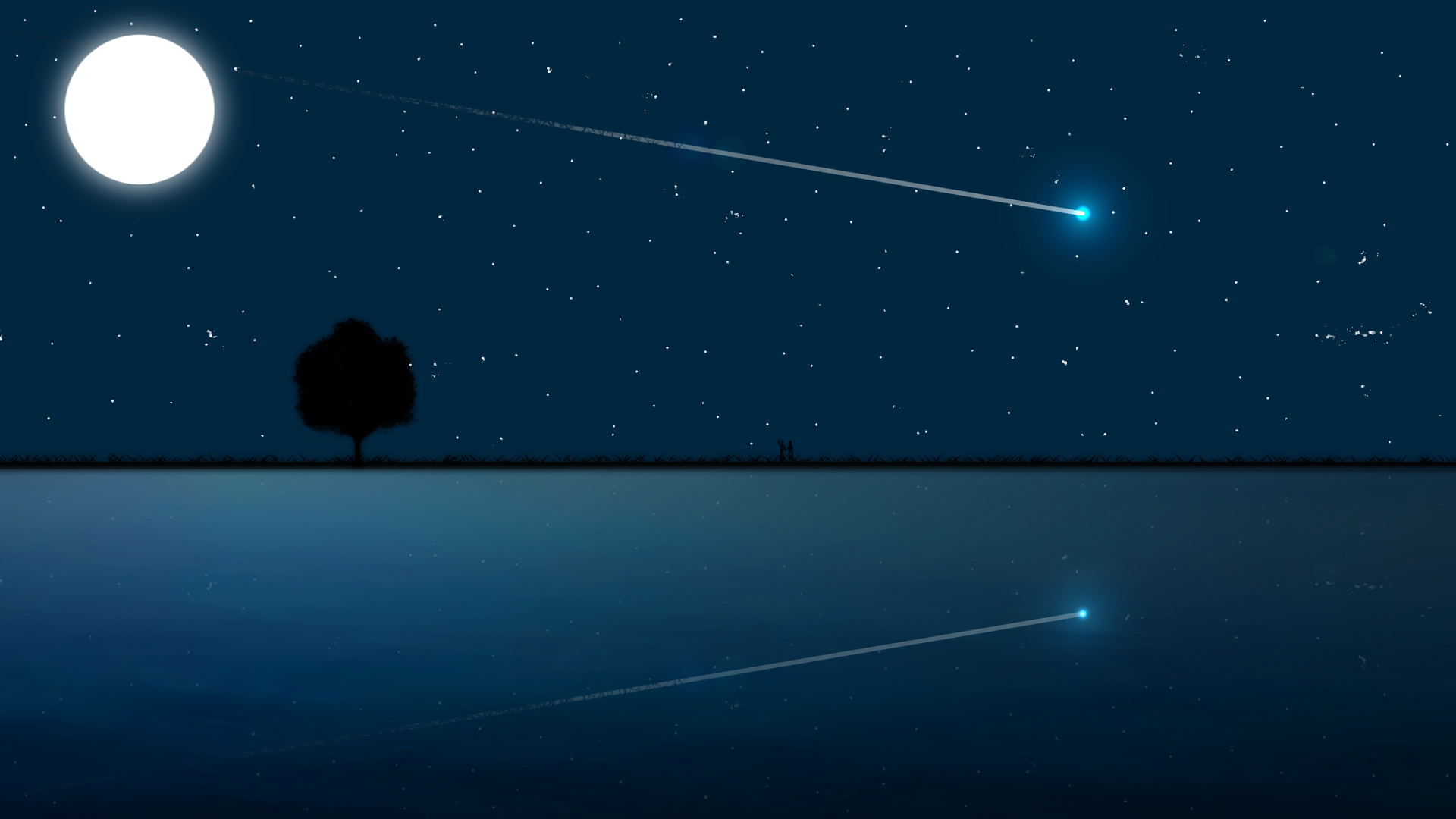 I once knew a girl who dreamed of measuring the universe. She was hospitalised with a condition that would impede her ability to walk. Confined to a hospital bed for life, she saw the same pale malnourished ceiling, breathed the murky artificial air every second and heard the cacophony of fear and pain. But at night she was a different person entirely. Her eyes would gleam like polished jewels and her mundane motionless body gave her jolts of life that washed away whatever despair her disability gave her. She became younger, more beautiful and more charming each time I walked past her hospital door to greet her. Every night she would lie on her hospital bed in red footie pyjamas, the brilliant rich colour clashing with the fine white sheets around her, and look outside her window to the night sky. And every night she would point her finger up and count the stars till she could no longer stay awake. One frigid night I walked up to her bed and asked, “How many stars are there?”

“One billion!” She replied happily. “My mom said that if I count the stars and reach one billion then I can make one wish come true!”

“One billion? That’s a big number—are you sure you can count that high?” I teased her.

Crossing her arms, she pushed her lips together and puffed her cheeks like a rapidly expanding balloon. Those glossy black eyes focused on me in an annoyed manner and slender eyebrows caved into an angry v-shape. Like a child not content with no for an answer she flailed her arms at me and playfully hit me. “Of course I can,” she pouted, “just you wait!”

So I waited, as I was told and always have. Waited as time descended on her second by second. Waited as the girl became a teenager, a beautiful woman, a loyal wife (and I her faithful husband), a gentle mother, a wise grandmother (all while counting the stars). Every morning I was the first thing she saw when she woke up and the last thing she remembered  when the hospital shuts its doors. Every day I asked her, “What number are you up to tonight?” and every time she would give me a different number.

Sometimes she would forget what number she left on. On February 24th 2005 she said 3002 but then said 2500 the night later. Occasionally she would take several hours to recall the last number she fell asleep on before she started counting again. But what did it matter? I preferred spending my night listening to her melodious voice rather than walking down the bleak,cold and frigid London streets. Every night I saw her youthfulness and happiness blaring through the dusky winter air, voice filled with more adventure and enthusiasm someone like me do not deserved.

And every time I would smile joyfully at her answers. While her body aged, and wrinkles of time crept across her flesh her youth was maintained by the numbers that poured from her tortoise lips. Time was an irrelevant concept to us, the fear of not seeing one another was numbed by the years we accumulated just counting the specks of heavenly light. Her hospital walls were no longer bleached by sadness and frail grey thoughts, instead they were gracefully adorned with the coloured-crayon scrawlings of five year old hands. Her dream of measuring the universe had not waned, I still sat beside her every night, watching her inch closer to the dream bit by bit.

Then one fateful night, I passed by her hospital door as usual and noticed something unusual. Being with her for sixty years and reliving the same night everyday I had grown accustomed to the beautiful words that spurned from her lips, so the silence rang alarm bells. I jaggedly pushed open the door to find the colour drained from my face of my wife. Her skin was a clammy gray hue that spookily blended in to the walls of the room. The eyes were closed tightly and both her arms laid peacefully by her side. Frantically I shouted, “Doctor—anyone—please help!” into the hallways, but my tears and verbal sorrow were met with a dreadful silence. After a few more minutes of futile yelling my fears were interrupted with a sepulchral monotone sound, the universal indication of someone no longer a phone call away. That noise was all that filled my ears as I walked over to her bed and knelt down beside her. What followed after was like the warped ending of a fairytale; as I cried into her youthful wrinkled hand I asked in my mind, “Did you achieve your dream?”, and as if using one final burst of life her head tilted towards mine. And I knew there was no need to answer that, for peacefully suspended on her lips was the number ‘one billion’.